the road to brighton pier

You are here: Home / creative writing / the road to brighton pier

The introduction to a non-fiction book inspired by George Orwell’s Road To Wigan Pier.

It’s part Orwell biography, part state-of-the-nation commentary that uses a quest narrative for its structure. This is the chapter that sets out the tone and the aims of the book.

I’ve written about 30,000 words so far and gathered the research for about another 10,000. However, it’s on hold at the moment while I get the novel finished.

I’m on a point of land, jutting out from a cliff. I’m facing away from the sea and I’m edging backwards.

I slide my feet back as far as I dare – about three millimetres. The ground is loose and the boots I’m wearing don’t have any grip. I want to put my arms out or bend over to grab fistfuls of grass but there are people watching me.

‘No, that’ll do. Just take it from there please.’

The woman takes the picture and I scramble back up to the path.

This is Lizard Point in Cornwall, the most southerly place in mainland Britain. It’s 362 miles away from Rotherham, 359 miles from Wigan and 323 miles to Brighton.

“Ere y’are’ the woman says as she hands me back my camera. Her accent is very similar to mine – she’s definitely from South Yorkshire, perhaps Sheffield or Doncaster. ‘It’s a good photo is that,’ she says to me.

It isn’t. I look exactly as though I’m just about to put my arms out or bend over to grab fistfuls of grass. However, it does show that at 12.36pm on Thursday 25th June, I was the most southern man in England.

How do I feel about this? Is it a significant moment? Has it altered my outlook or character?

George Orwell says: ‘Many of the people in Sheffield or Manchester if they smelled the air along the Cornish cliffs, would probably declare that it has no taste in it.’

This is true. To me, Lizard Point is just a geographical location.

My right thigh is sore, as if I’ve got very strong sunburn in one specific area. I think it might be bleeding again, it feels wet. I buy a cup of tea from ‘Britain’s most southerly café’ and sit on a patch of grass. The cliff beneath me drops then tapers out at the bottom, ending in a scattering of boulders as if nature had lost interest and didn’t know how to finish things off. In front of me the water is dead calm and the haze of the horizon blurs the sea and the sky. I’m looking out at total blankness. A tanker and a yacht are the only points of reference to punctuate the blue. It’s a beautiful day.

I’ve been in Cornwall for nine months now. This is the first time I’ve lived in the south of England, I’ve been in the north my whole life. I’m originally from Rotherham but I’ve also lived in Sheffield, Leeds and the Last of The Summer Wine countryside of Holmfirth – I even went as far south as Nottingham for a while. I’ve worked in Bradford, Wakefield, Huddersfield, Harrogate, York and Doncaster. I have friends in Liverpool, Wigan, Durham, Barnsley, Manchester and Scarborough. When it comes to places like Hertfordshire or Berkshire or Sussex or Kent however, I can’t even place them on a map.

George Orwell says: ‘No one in Sheffield seems to have heard of any place in the south of England except London. If you come from the south you are assumed to be a cockney however often you deny it.’

On Lizard Point, I roll a cigarette as a family of five trudge up the path behind me. All of them are hugely obese, including the three children – they’re a wobbling mass of flab and sweat and panting. They flop down next to me on the grass and I shuffle up to make room for their little boy.

‘Darren, don’t sit there,’ the father says to him loudly to make sure I can hear, ‘that guy’s smoking and you know what we think of smokers don’t you?’

They chose to sit here and if they can’t make it up a slight incline without stopping for breath then second-hand smoke in an outdoor setting is the least of their worries. I roll another cigarette ready to start as soon as the first is finished. I’ll chain-smoke until I keel over if needs be – that’s the only way I’ll leave this spot before they do.

Perhaps this is the kind of attitude you might expect from someone with my accent?

George Orwell says: ‘…in his origins he is a Yorkshireman – that is, a member of a small, rustic, rather uncouth tribe whose members secretly believe all the peoples of the earth to be just a little inferior to themselves.’

I don’t want to give you the impression that I’m some kind of professional northerner – the Geoffrey Boycott, Michael Parkinson, brusque, no-nonsense everyman, all grit and cobblestones who ‘says what he likes and likes what he bloody well says’. It’s all too easy to embrace that kind of stereotype – I’ve done it myself in the past. It’s a phase that every northern youth goes through when they’re growing up and fumbling around for a sense of their own identity.

Fifteen years ago, while I was in the middle of this phase, I almost moved to Oxford. The first thing I did was to get a Yorkshire Rose tattooed on my thigh so I would never forget where I was from – just in case I turned into ‘a southerner’.

I didn’t go to Oxford in the end but that tattoo serves as a reminder anyway – a marker of my childish prejudices. I’m old enough now to hope that there’s a lot more to my personality than the rough geographical location of my birth. That’s why it’s so frustrating that I don’t know where the home-counties are or many other places in the south. It’s exactly what you’d expect from a typical Yorkshireman – insular and stubborn.

After three cigarettes, I’ve smoked-out the obese family on Lizard Point but the inside of my mouth feels as though it’s been sand-blasted. I take a drink of my tea. It’s weak – there’s too much milk in it, the woman at the café handed it to me fully formed in a little cardboard cup of misery. Milk in tea is a personal taste as much as sugar and nobody would presume to put sugar in for you.

George Orwell says: ‘…one strong cup of tea is better than twenty weak ones.’

There’s a handy Orwell quote for everything if you’re as obsessed as I am.

This obsession began when I read Keep The Aspidistra Flying during a particularly bleak period of dissatisfaction and unhappiness. At that time my life seemed to match that of the main character exactly: the advertising job that I found morally offensive, the paranoia about money, the desire to sink as low as possible, the squalid, bitter martyrdom, the pathetic little acts of rebellion – it was all there. Keep The Aspidistra Flying pinpointed everything I was going through, articulated feelings I didn’t know how to explain for myself. I felt as though Orwell had written that book specifically for me and knowing that someone else had gone through the exact same thing made me feel less isolated and alone.

Since then, Orwell has served as a constant source of inspiration and guidance. When facing problems, people with a Christian belief might ask themselves: ‘what would Jesus do?’ I don’t – I ask myself ‘what would George do?’ If I believed in a God, he’d have a thin, deep lined face with soft, compassionate eyes and a pencil-moustache.

That’s why, for a few moments on Thursday 25nd June, I became the most southern man in England. Even if it is just a geographical location, it seemed a good place to start me on my journey to learn about the south.

As I walk back to where I’ve parked my car, my leg begins to ache and my thigh feels wet. My discomfort is due to a kind of blooding ritual, a gesture to show my commitment to the journey. In order to atone for my Yorkshire Rose, a symbol of my time as a professional northerner, I now have another tattoo. It shows a thin, deep lined face with soft, compassionate eyes and a pencil-moustache.

George Orwell is now in my blood. 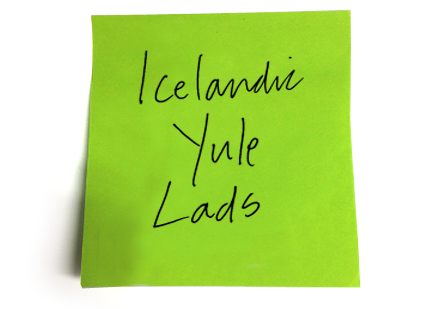 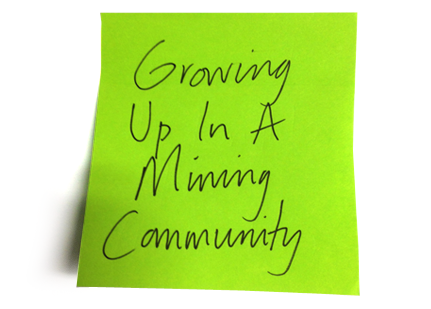