This is a chunk from about halfway through the first chapter – edited and condensed slightly for inclusion here. I read this at the Port Eliot festival in 2012.

The book’s broadly dystopian but it’s more of a satire on consumer culture. It’s set in a very near future where things have become just a little more extreme than they are now.

The envelope was a bright, sunshiny yellow – it was the colour that branded the Festival. On the front it said:

His name looked strange written in the official state font. It was as if he was someone important, someone that mattered.

He turned the envelope over in his hands, not really thinking about what was inside, just feeling the weight of it. Then he placed it, unopened, on the mantelpiece and left for work.

By the time he arrived at the office, he was thirty-seven minutes late. He made the mistake of trying to sneak in without being seen but it was no use; before he’d even closed the door, she’d spotted him.

Barbara Pitney set off from the other side of the room in an urgent, lopsided trot that gave the impression that she had nails embedded in the soles of her shoes and was far too busy to take them out. It didn’t matter whether the building was on fire or she was heading to the coffee machine, that walk was always the same. Fenney would have found it amusing had she not been the office manager and his direct boss. Those little legs powered away like pistons underneath a peach coloured jacket that was so big that it fell to just above her knees.

She came barrelling towards him – an express train on a wonky track – and Fenney’s mind emptied itself of all thought. After only two hours sleep, he was experiencing a dizzy feeling of detachment, as if this was all happening to someone else. Then she was there, machine-gunning questions into his face from a distance close enough to make him worry that he hadn’t blown his nose properly:

‘Why are you late? Where have you been?’

Even though he was only five foot eight, Fenney towered over Pitney. He looked down into her leathery, sun-damaged face and was instantly aware that he didn’t have an excuse ready.

‘Sorry,’ he said, wondering if he should have put a ‘Ms Pitney’ on the end of it. Most of the others called her Ms Pitney but he tried to avoid it.

Before his brain could veto anything, he heard himself saying: ‘I’m eligible for the Festival this year and my letter didn’t arrive yesterday. I had to wait for it to be delivered this morning. It was late.’

Pitney’s voice dropped to a low, gravelly monotone. ‘Not my problem. You concern yourself with that outside of working hours.’

Over the top of her head, Fenney saw the rest of the office turning in their seats to watch. He could feel his face begin to redden.

‘You have a contract of employment. Between 7am and 7pm, you belong to this company. If you turn up late, you’re stealing our time. Don’t expect to be paid for this morning, I’ll be docking your wages.’

All Fenney wanted was to get to his desk but Pitney blocked his path like a bull-mastiff.

‘And smarten yourself up, you don’t look ready for a day’s work. You’ve been wearing the same suit for three years, your tie’s coming undone, your hair’s too long and you haven’t shaved. Get your act together, Fenney, or find somewhere else to work.’

She stepped aside and Fenney scuttled past.

Nobody dared look at him as he walked through the office. He was in Pitney’s sights and they were all afraid of getting hit by shrapnel.

It had happened to most of them at some point. You’d do something to draw attention to yourself and Pitney would spend weeks focusing on you, obsessing about every aspect of your behaviour.

Fenney had been the subject of this intense scrutiny before. Two years ago, he’d spilled coffee down the back of his computer. It hadn’t been too bad, the screen was a little blurry and cut out occasionally but it was still usable. Nevertheless, all drinks were immediately banned from the office and the cost of a new monitor was docked from his Utility Fund. After that, Pitney hovered around Fenney’s desk, fixated on his tidiness. If he left files on the floor it was an attempt to sabotage health and safety regulations. If the icons on his computer screen were misaligned, it was a calculated assault on the efficiency of the office. Documents, pens, wires and equipment all had to be stored in the correct manner and she’d set booby traps to catch him out – demand obscure information that was buried deep in his drawer somewhere. He’d return from lunch to find abusive little yellow notes plastered to his monitor and, when she’d used up all his supply of little yellow notes, she’d reprimanded him for putting in a stationery request for some more. After three weeks of this, Fenney was spared when a tall woman from Production trod on Pitney in the canteen.

Since then, he’d managed to blend into the background. He kept his work area spotless and to make a mistake with his job would take a deliberate effort.

Fenney followed the route to his desk along the network of runways between the workstations of the PR department. They were placed near the entrance of the office where clients could see them – the front four ranks in the marketing agency’s army. As the clients were car dealers and remarkably gullible when faced with anything wearing a close fitting blouse and pencil skirt, there was a kind of beauty hierarchy in PR. They pouted and preened and strutted, completely secure in the knowledge that Fenney and the rest of the office ached for them desperately. But their white-toothed smiles and tantalising glimpses of flesh were exclusively reserved for the clients whom the PR department saw as gods – all-powerful, all-knowing and all-paying. Even the word ‘client’ was treated with such reverence that Fenney half-expected them to cross themselves when they said it.

Fenney trudged through the ranks of PR clergy and entered the production department where all the dull support work was done – booking advertising space, scheduling deadlines and organising printing. A cluster of troll like beings, the department was made up of odd shaped women with short tempers and paunchy men with droning voices who shared industry in-jokes and relied on jargon to make outsiders feel excluded. Instead of Client, Production worshipped Procedure and the full extent of their backstabbing brutality came crashing down upon anyone who didn’t adhere to their strict protocol. When Fenney had first started in the job, he’d filled in his dispatch sheet incorrectly for two weeks in a row and the entire department had taken it as a personal insult. Five years later, he still occasionally overheard them talking about the incident.

Fenney shared his desk with a girl called Melissa. They dealt with simple admin tasks – tracking adverts through the system, keeping records up to date and completing internal paperwork. The job didn’t require too much involvement with Production or PR so the conversations he had with the other members of the staff never progressed much further than: ‘Lovely/awful weather today’ or ‘How’s your new house/car/shoes/baby?’ This suited Fenney; he tried to remain as anonymous as possible. It bothered him that Pitney had even remembered his name.

He should have stuck to short, submissive answers but his mind was sluggish and too preoccupied with the letter. He shouldn’t have mentioned the Festival – he knew how Pitney felt about it. Each year, he received the same memo over the Company DataFeed Messenger:

From: Barbara Pitney
To: All Staff
Subject: Festival Absences

To those of you eligible this year,

Be considerate to your employer. All absences for depot visits, utility training or additional Festival preparations must be agreed FIVE WEEKS in advance. Ensure that you complete your Festival over the weekend so that you’re back at your workstation, on time, by MONDAY MORNING. You will NOT be paid for absences arising from legal issues, injuries or dispute hearings. If you are absent for more than FIVE DAYS, your employment will be terminated.

HR will be contacting you shortly to discuss the handover of your work should the outcome of your Festival be unsuccessful. 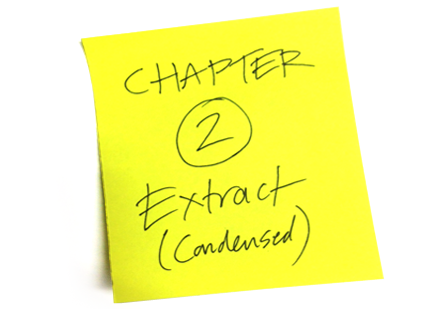 the customer is always right